LAUNCH OF CAMPAIGN “NO EXCUSES” 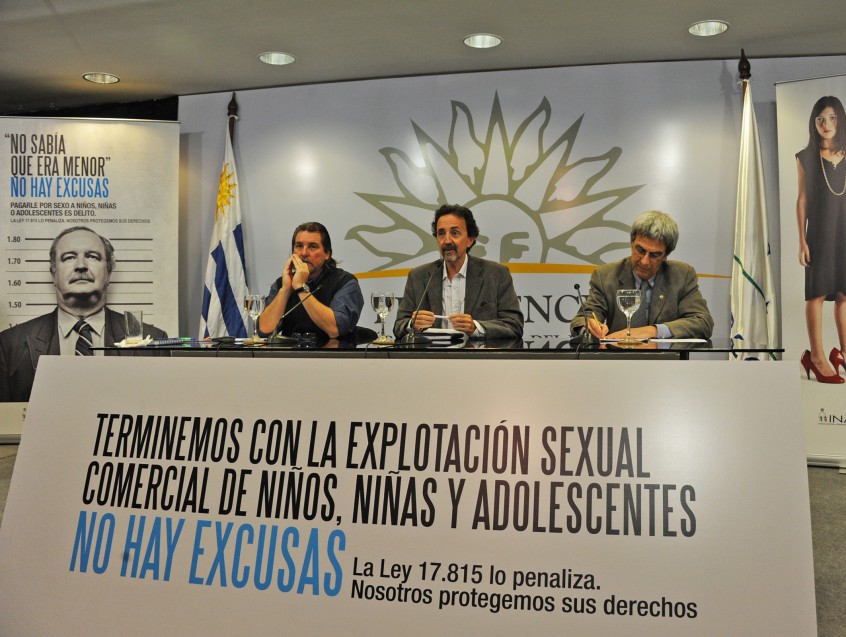 On April 10 took place in Uruguay the launch of the Campaign “No Excuses”, against commercial sexual exploitations of children and adolescents, developed by the Institute of Children and Adolescents of Uruguay (INAU, in Spanish), the National Committee for Eradication of the Commercial and Non Commercial Sexual Exploitation of Childhood and Adolescence (CONAPEES, in Spanish) and UNICEF.

“No Excuses” is a communication campaign (including posters and radio spots) aimed at adult men –as primary audience- and society in general –as secondary target audience-. Its objectives are denature the phenomenon of SEC in the country, raise awareness among potential operators and the whole society on criminal nature of the act (under the Law Nº 17.815) and place the responsibility on adults and not on children and adolescents.